Riverdale has returned to our screens for its fifth season on Netflix this week, but what about its setting and time-period can we glean?

Riverdale is back! The outrageous and gloomy series, known for its over the top theatrics and kitschy aesthetic has a fanbase who are sure to be excited to tune in each week.

The show has been absent since May last year but has made a surprisingly speedy recovery amid the production slowdown expected due to the coronavirus pandemic.

The show was hit during season four’s production when a crew member came in contact with someone infected but has seemingly been able to finish up season five in fairly efficient order.

However, this is expected to be the shortest season ever with only seven episodes reported.

As you return though, you might begin to wonder, when is this set? Riverdale certainly has some aesthetic choices that are rooted in retro sensibilities, from the fashion to the set design.

When is Riverdale set, and why does it look so retro?

It’s not hard to see why some might struggle to pinpoint the setting of Riverdale. It’s loosely based off of the Archie comics, which started all the way back in 1942.

The series plays into this, with varsity jerseys and old fashioned cars littering the town. It is a slice of dreamy American culture that could fool you at a glance.

However, while never entirely stated, it’s understood to take place in a close to modern time-period.

What year is Riverdale set specifically?

That’s hard to exactly pin-point. In a Reddit post from two years ago, Cole Sprouse, who plays Jughead, said of the exact year: ‘Riverdale has no formal or announced time period as of now and with the amount of money we dedicate to atmospheric fog, the setting is supposed to feel dreamlike.

‘My understanding of the town is some twilight zone between the modern and the nostalgic “golden age” America. hence the set pieces like the autos.’

You can see this with the technology featured, as, despite the relics to 1950s and 60s Americana, characters have access to the internet, laptops and smartphones.

While it may not be the exact year, we can be pretty sure that Riverdale takes place during a time close to ours, albeit, an extremely stylised one. 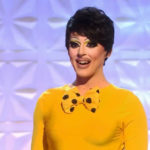 Junior Bake Off: Tearful baker perseveres after restarting pastry in effort to save showstopper