Three stars, three cars and a global pandemic. What could possibly go wrong?

Pretty much everything if you’re Jeremy Clarkson, Richard Hammond and James May, who are back in a new special that takes the trio to Scotland.

It’s not long before things go awry though – not least when our heroes are tasked with building a floating bridge in the Outer Hebrides capable of supporting both them and their outsized automobiles.

There’s also a hilarious scene in which Clarkson fills May’s caravan with water via an open sun roof – something even May had to admit was ‘quite a good prank’.

When is The Grand Tour: Lochdown coming out ?

That’s good news for people in America, who will be able to watch it on Thursday night due to the Transatlantic time difference. The special was filmed in Scotland at the height of the coronavirus lockdown (Picture: Amazon Prime Video)

How hard was it to film?

The special was filmed over 10 days last year, during which time producers spent £50,000 on coronavirus tests.

According to executive producer Andy Wilman, the show had a ‘backs to the wall’ feel reminiscent of the team’s time on the BBC’s Top Gear.

‘If you don’t have Madagascar or the Mekong River it makes you work harder,’ he explained.

‘We don’t leave as much to chance, you set up more scenes and that is like going back to the old days.’

Clarkson, meanwhile, has revealed that a lot of what was filmed never came near to being included.

‘Our shooting ratio is off the charts,’ he told RadioTimes.com. ‘For every one minute, 11 get thrown away.’

When will the Grand Tour Russia special come out?

The original plan was for Jeremy, James and Richard to head to Russia for an epic, movie-sized adventure.

But those plans had to be jettisoned due to the Covid pandemic, which led to any storylines involving international travel being shelved indefinitely.

Earlier this month Clarkson admitted it was becoming ‘an absolute nightmare’ to make the show.

‘We choose a country that seems doable, work up a storyline and a route we can take and then, bang, we’re told it’s been put on the red list and we have to start again,’ he revealed.

It’s not certain if the Russia special will ever be filmed now given the restrictions. But the team have not been deterred.

They’ve instead stayed on home soil to film another UK-based special in Wales that should be out towards the end of 2021. 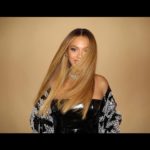 5 Celebrities Investing in a Sustainable Future