The current series of Dancing on Ice has proven one of the most dramatic in the history of the show, even before the first episode even aired.

There have been a string of injuries in the run up to the series. Denise Van Outen was rushed to A&E after a nasty fall, while Yebin Mok suffered a horrific leg injury and was forced to leave the competition.

But the show must go on as they say, and things will take place as planned despite a coronavirus outbreak on set initially causing some to worry.

One of the strongest line-ups in the history of the competition is set to take to the ice for the new series, with the likes of Myleene Klass, Joe-Warren Plant, Jason Donovan, Colin Jackson and Rebekah Vardy competing.

Christopher Dean and Jayne Torvill, John Barrowman and Ashley Banjo will judge their performances, while Holly Willoughby and Phillip Schofield will also be returning to host the show.

But when will the first elimination take place?

When is the first Dancing On Ice elimination?

The first elimination will come after a public vote in the second week of the show, on January 24.

Six celebrities will take part in the first show of the series, followed by the remaining six the week after. The couples at the bottom of their respective leaderboards after both weeks will take part in a Skate Off, looking to avoid being voted off.

In a twist to this year’s format, judges now have the power to award their newly created Golden Ticket. During the first two weeks, one couple per week will receive a ticket and be saved from the vote, ensuring they progress to the next round.

After the third week, which is Musicals Week, all of the remaining skaters will be performing for their survival in the competition.

Dancing on Ice launches tonight at 6pm on ITV.

Who are the Dancing on Ice judges? 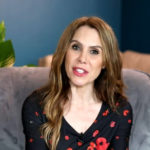