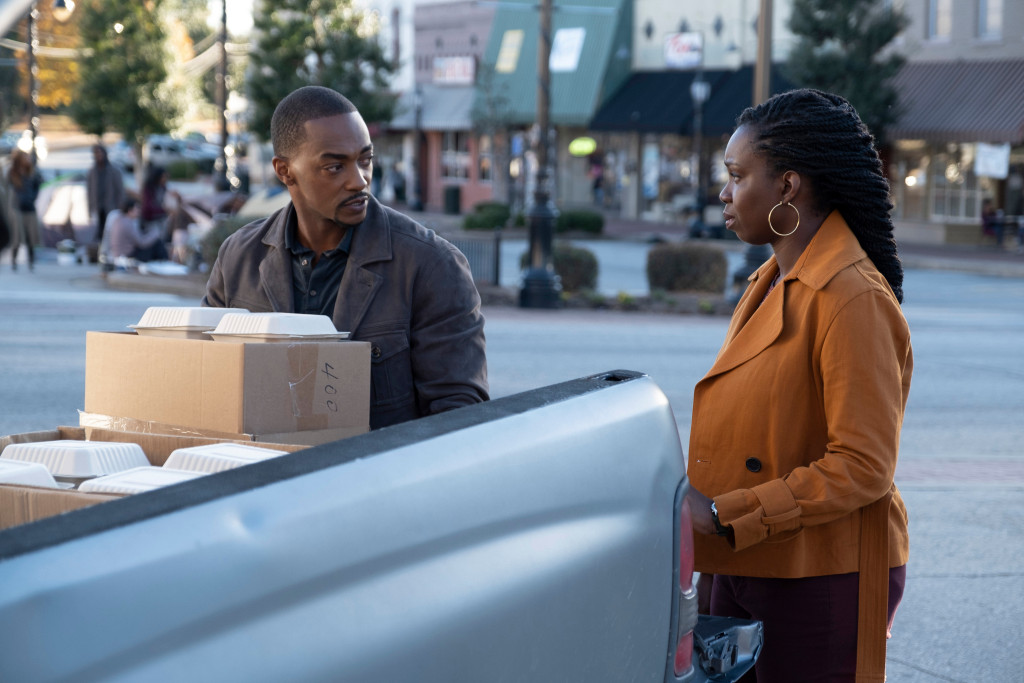 The creator of The Falcon and The Winter Soldier has opened up about how the Disney Plus series marked the first time that Marvel had considered how Avengers are paid for their superhero work.

Throughout the Avengers films in the MCU, the members of the elite superhero squad are shown hanging out in swanky accommodation courtesy of Tony Stark (Robert Downey Jr), with the most high-tech gadgets at their disposal.

But The Falcon and The Winter Soldier shone a spotlight on the financial struggles Avengers can go through, with one scene depicting Sam Wilson (Anthony Mackie) and his sister Sarah Wilson (Adepero Oduye) failing to secure a bank loan to aid their family’s fishing business.

During a recent interview with filmmaker and podcaster Kevin Smith, Malcolm Spellman, head writer on the show, said that the specific storyline focusing on Sam and Sarah’s financial worries was in the initial pitch, although the finer details of the bank scene hadn’t been ironed out yet.

‘I knew their family business… I had done some research on Black fishermen in Louisiana and I knew that their family was struggling because of what these banks were doing, and driving people out of business,’ he explained.

‘It is funny because that scene hit on two different levels,’ the creator said. 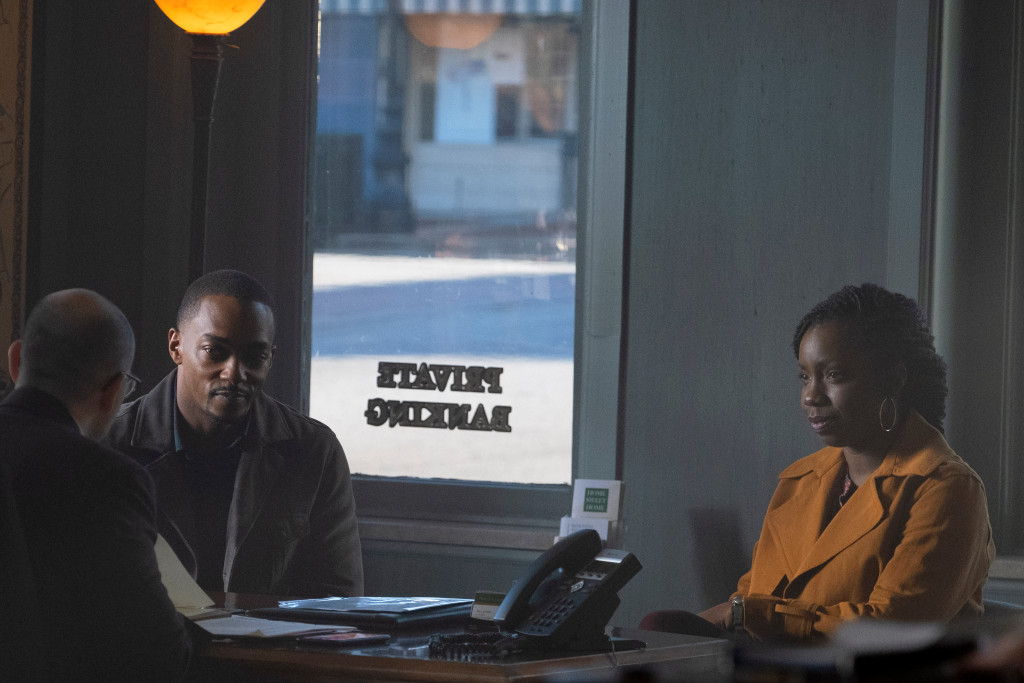 Many fans might have assumed an Avenger would have no trouble getting a bank loan (Picture: Chuck Zlotnick/Marvel/Disney Plus)

‘On one level, it was Sam was Black before he’s the Falcon and he can’t get a loan. But then the [other] level – one of the things that pulled in so many execs at Marvel is like, “Wait a minute, this is a huge deal, if we’re gonna start talking about how superheroes make a living”.’

Malcolm emphasised the ‘volume of notes that came in just on that, and the amount of meetings on like, “Well how do they?”’

The writer added that it would have seemed too ‘simple’ to say that Sam had ‘military contracts’ to tide him over.

‘That really touched something for fans that surprised me. That discussion… whether they knew it or not, they’d been waiting to have that discussion,’ he said.

In an interview with TVLine, Anthony said that he ‘always believed it was Tony Stark’ who was funding and helping to pay for the Avengers.

In an interview with TVLine, Mackie shares his thoughts on the compensation debate and whether or not the Avengers should unionize for benefits.

‘I think they do it for the betterment of the world, for saving people’s lives,’ he said, while outlining his belief that making a living is not the Avengers’ main priority.

‘They have their ins and outs, their odd jobs to make sure that they’re taken care of – government sponsorship, funding, government housing,’ he said. Doctor Who: Two Doctors join forces as they swap the Tardis for theatre Tiffany Haddish ‘top of the list’ to take over from Ellen DeGeneres: ‘She’s a fresh voice’