The MasterChef presenter, 56, has opted to step back from the TV series in order to pursue new projects.

Gregg has been fronting the show alongside Chris Bavin since 2013, helping viewers adopt healthier food habits amid rising costs for our everyday essentials.

Often giving away some of his top recipe tips and ways to cut corners when needing to save some cash, the show has been a favourite ever since.

But speaking to The Sun, Gregg announced: ‘I’ve loved working on the series with Chris but now it’s time to hand over the knife and fork to someone else to continue helping people eat well.’

Gregg has become more and more in demand over recent years, fronting MasterChef as well as its Celebrity and Professionals spin-offs.

He’s also launched a presenting career away from the kitchen, and is due to appear on South Africa With Gregg Wallace, a travel show for ITV, later this year.

Following his four-stone weight loss across the past year, the host is also joining The Jeremy Vine Show for a new fitness segment, which will start today.

Keep Fit with Gregg will be running for the next three weeks as lockdown continues.

On top of this, upcoming series of MasterChef, which he hosts with John Torode, is already believed to be filmed and will air in the spring.

Casting for the latest Celebrity MasterChef is now underway.

The MasterChef format alone keeps him so busy but Gregg wants to make sure he keeps his schedule as free as possible so he can take on new ventures without having to worry about having too much in his diary,’ a source told the site.

‘It’s going to be a very exciting year for Gregg and he is looking forward to trying new things.’ 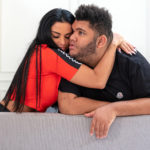 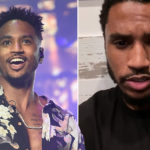